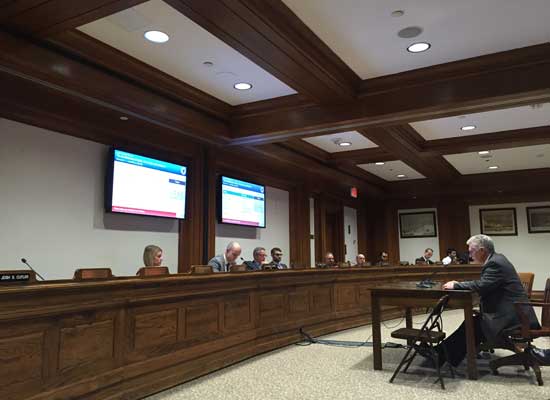 We realize that there has been a lot of information swirling around over the last month or so regarding legislation MassAccess is trying to get incorporated into law. We wanted to take some time to explain all of it as simply as possible, so as to clear any misconceptions and give you all a clear directive moving forward.

You probably know that the original language proposed that cable companies provide community media stations with three major services: access to high-definition channels, access to the electronic programming guide and access to on-demand programming. Through all its various iterations, we were told that access to on-demand was a bit of a non-starter so it was dropped from the equation.

After several attempts to pass legislation, the language, affectionately known as the “Balser Bill” finally gained acceptance in the State House of Representatives as a section in An Act relative to job creation, workforce development and infrastructure investment. In June, the Act passed the House and went on to the Senate. Yesterday, the Senate also accepted the Act, which included a section which stated the following:

SECTION 92. Chapter 166A of the General Laws is hereby amended by adding the following section:

If this were the end of the story, we’d all be celebrating today. However, as good as this news is, we still need to be cautiously optimistic. Because some senators felt that the language in the section would be deemed unconstitutional – mostly in the case of existing contracts – there was an amendment added and adopted to the section which states the following:

SECTION 116A. Section 23 of chapter 166A of the General Laws shall apply to contracts entered into or renewed on or after the effective date of this act.

So, on the face of things, it seems that if the Act were to become law, community media centers would need to wait until their current contracts expire to petition for HD channels and access to EPG. This should still be considered a victory, but one that is better for some than others. Also complicating matters is the fact that the Act must now go before a joint committee of the Senate and the House to work on any discrepancies before the Act goes before the Governor for final ratification.

After a phone conference today, it is the opinion of the Board of MassAccess that no further action be taken today or until action is requested. Our plan is to wait until next week when the members of this joint committee are officially announced, at which point we will devise a coordinated outreach strategy to state our case. We want the amendment to be removed, but we don’t want to rattle so many cages that legislators see the section as a detriment to the entire Act and remove it.

Please understand that the situation can be a tenuous one and that this body is acting on what we feel is the best interest of community media across the entire Commonwealth. We are so pleased with how much all of you have pitched in thus far to help and there may come a time when we need you again. However, for now, we feel it’s best to wait and see. Thanks again for all your help and feel free to reach out to any member of the board for further clarification.